Our first visit to New York, a couple of weeks in January, cold but with quite a few sunny days showing off beautiful afternoon light. Here are a few of the photographs I took.

The celebrity paintings in the Museum of Modern Art get a real workout.

It was a beautiful image of this extraordinary monument to art deco that first got me inspired about photographing buildings, so of course I had to try to make my own.  It took a while to find a good vantage point, but when I did I got reasonably lucky with the light.  Three handheld frames from a long lens, stitched together in Photoshop.  (I love my 80cm high print of this!) 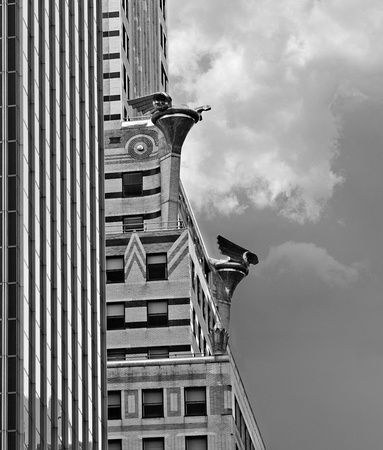 This is detail from the lower section of the building.

This was originally an elevated railway line built in the 1920s to ship goods in and out of New York's West Side warehouses without bothering the street traffic.  The trucking industry caused its decline, along with the rest of America's rail system, and in 1980, with a final delivery of 3 carloads of frozen turkeys, it was closed.   After years of agitation, litigation and attempts to demolish it by developers who had bought the cheap land underneath, the High Line is now a fabulous raised park, with some stunning design and great views into New York.  Photographer Joel Sternfeld's documentation of the disused line and its natural flora helped build public support for the project. 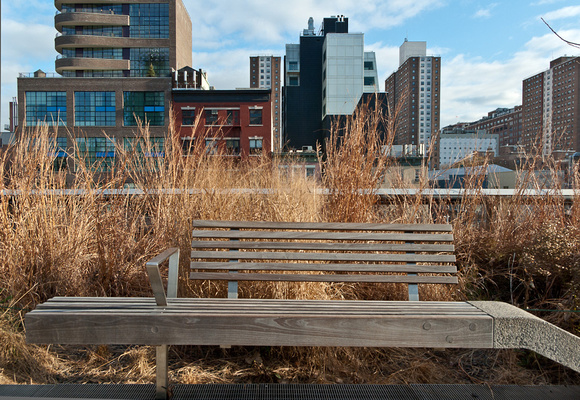 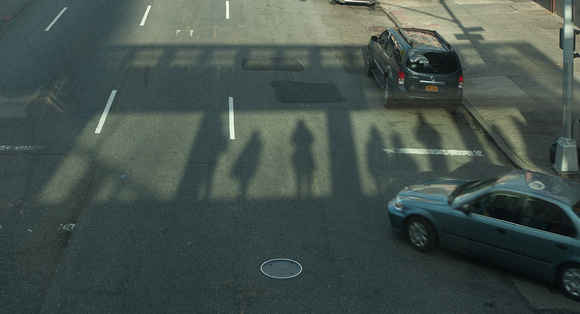 A warmish Saturday evening - the High Line was very  busy. 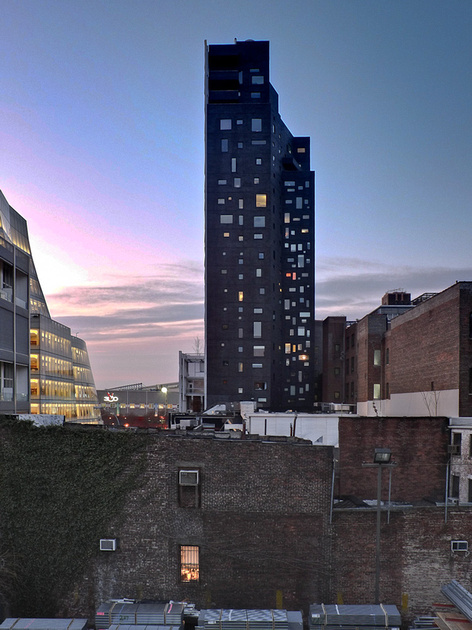 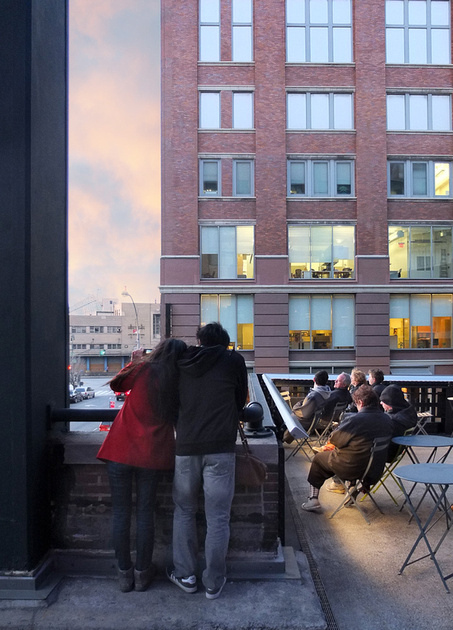 The Cast Iron Buildings of SoHo

These fascinating buildings are a feature of the SoHo district in southern Manhattan. Built in the late 1800s, pre-fabrication of cast iron elements that were bolted in place was the cheapest way at the time to build with decorative facades.  I don't know what it is about the windows that cause the intriguing distortions in the reflections. 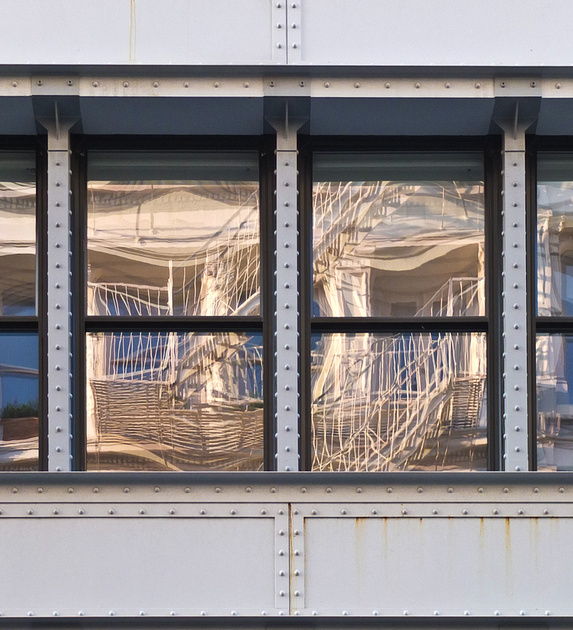 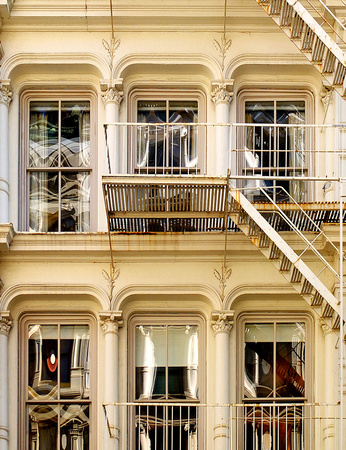 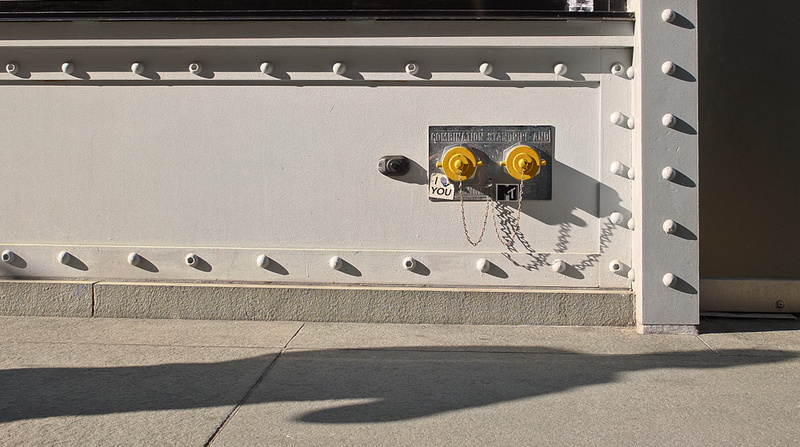 Note the hexagonal slots for tightening the bolts (the other knobs are decoration).
I wonder if the panels came in a flat pack with a big Allen key? 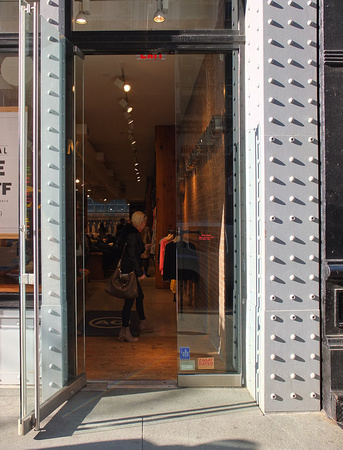 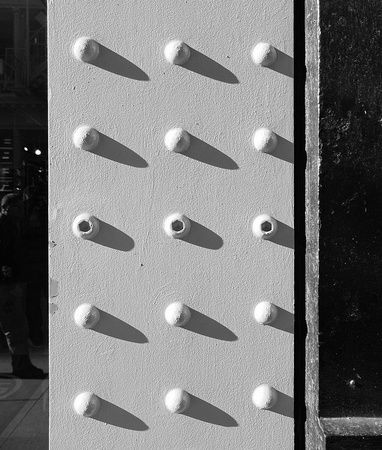 Meanwhile, back on the SoHo streets: 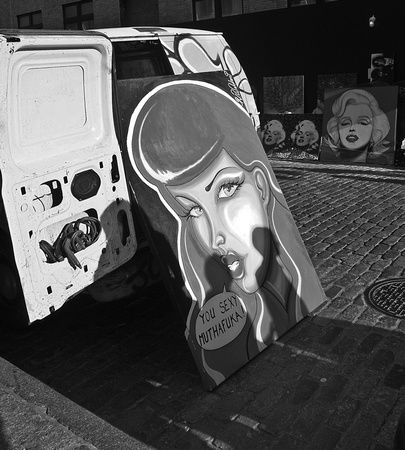 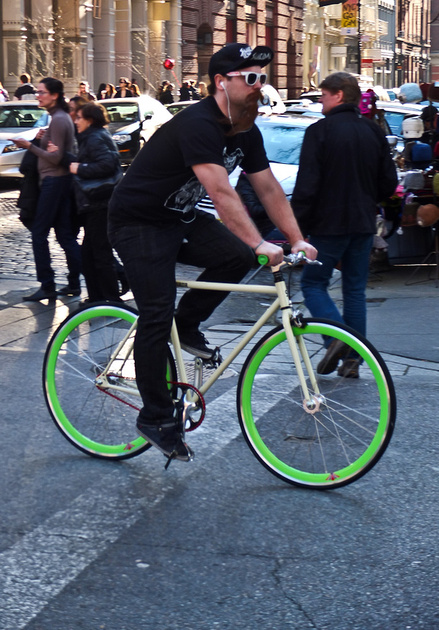