Inside SAHMRI - some early glimpses 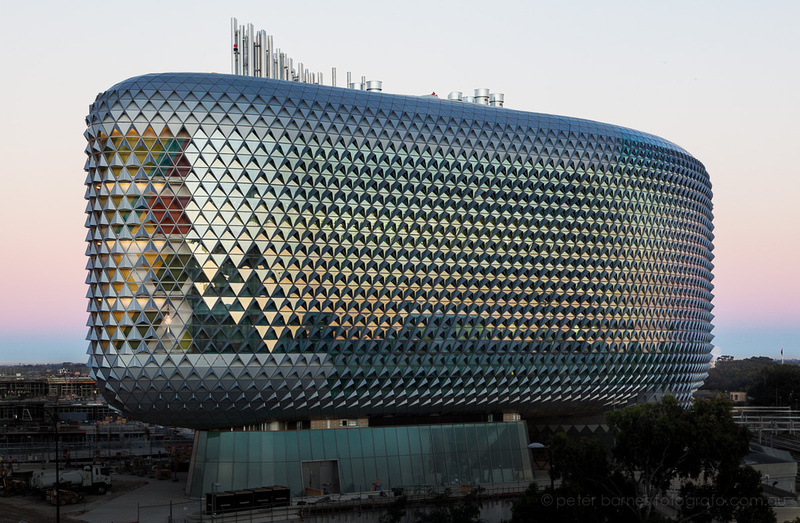 The spectacular new building made for the South Australian Health and Medical Research Institute (SAHMRI) has gained a large amount of attention, but to date not many people have been inside and there are few images available of its interiors.  There are plenty of exterior views around, including one by me which seems to have taken on a life as the hero image of the building used in the many articles about it in the architecture media, for example ArchDaily in early December.

I was commissioned by the builder, Hindmarsh, to photograph their project team inside the building in late December, and to create some images to be used for a project completion gift to the team. Although the building had been 'opened' by the politicians, inside it was still very much a construction site, and many views were compromised by ongoing works. We did get these however, which provide a teaser about the spaces inside, some of which to me are breathtaking. This is the most beautiful and inspiring work place I think I have ever been in.

Update: Following a commission by Aurecon, the engineers responsible for the facade and the structural components,  and for most of the building's services, I have many more photographs of SAHMRI -  there is a selection here. 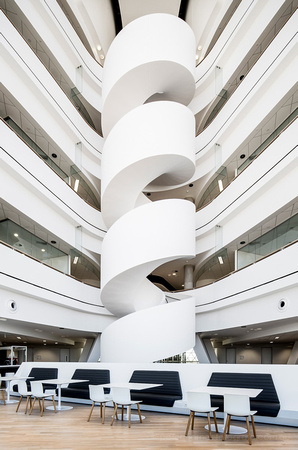 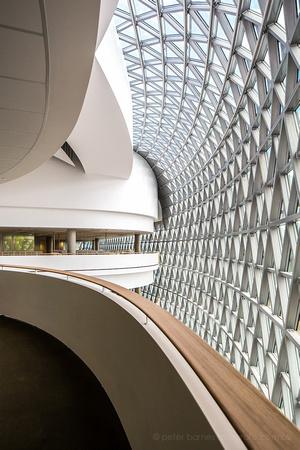 East side view, showing how the facade meets the top level work areas and the roof. 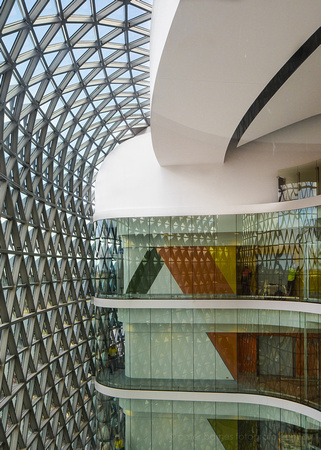 The West atrium from the top level. 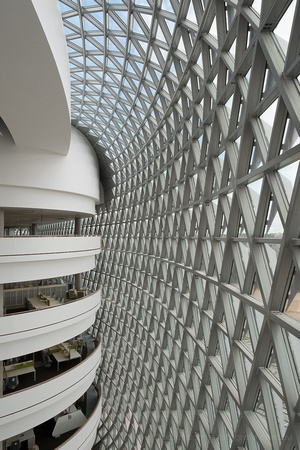 East atrium, showing the relationship between the facade and several levels of workspace. 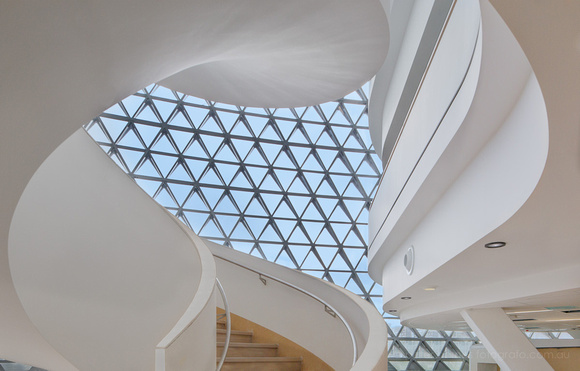