In August we visited Zaandam, a short train ride north of Amsterdam, mainly to check out a remarkable hotel set in a group of remarkable buildings.  Designed by WAM architecten, which is led by Dutch architect Wilfried van Winden, the building both amuses and amazes.  Described by the designer as 'fusion architecture' - a blend of old and new, of tradition and innovation, of high and low culture - it references the traditional forms and colours of wooden buildings still in use in the region.  The blue section at the top of the building is a nod to Claude Monet's painting 'Blue House in Zaandam'. 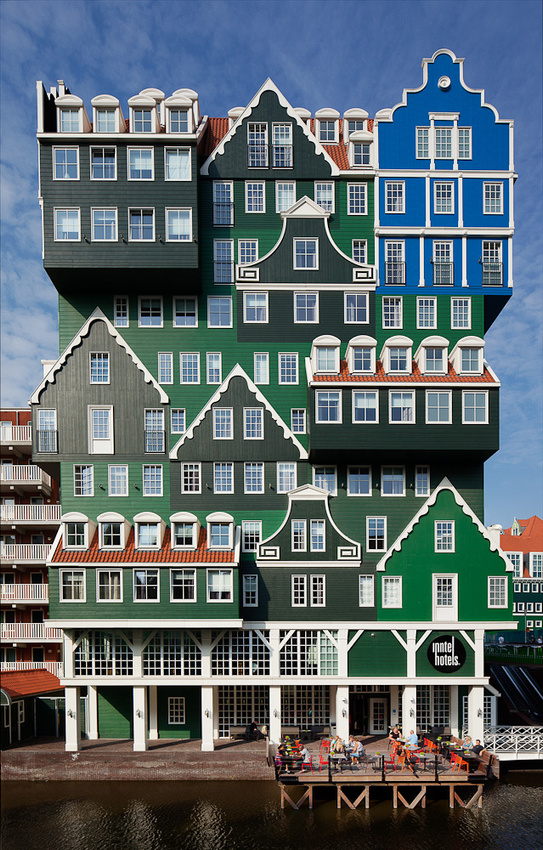 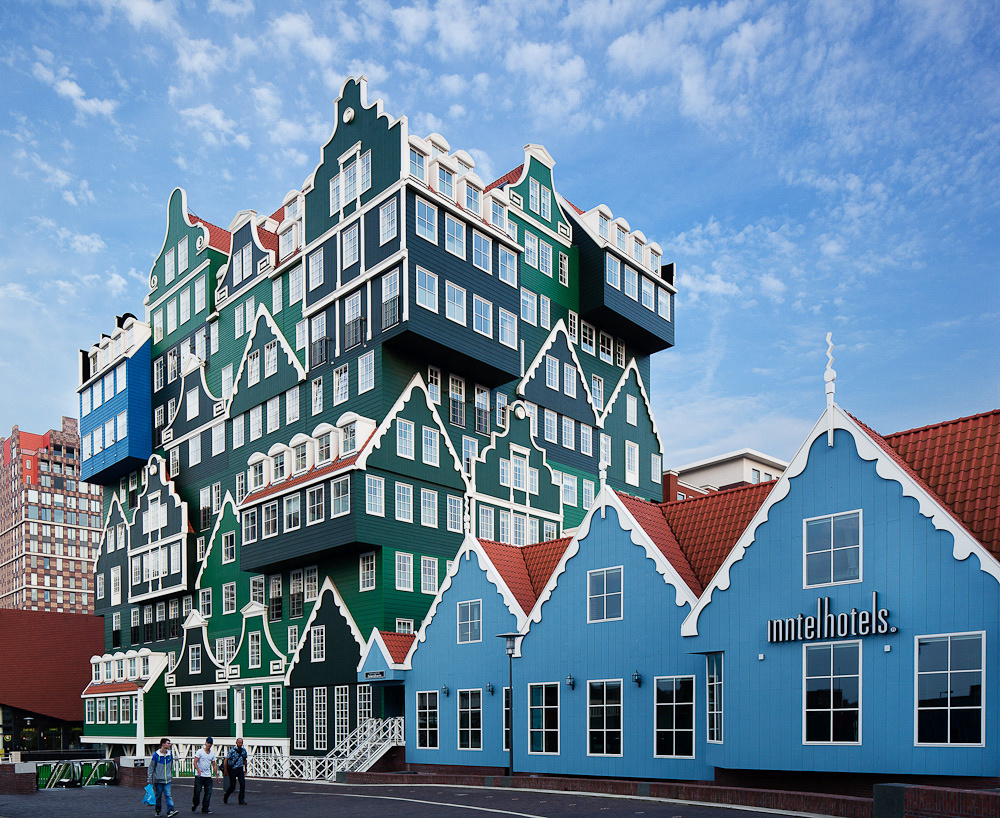 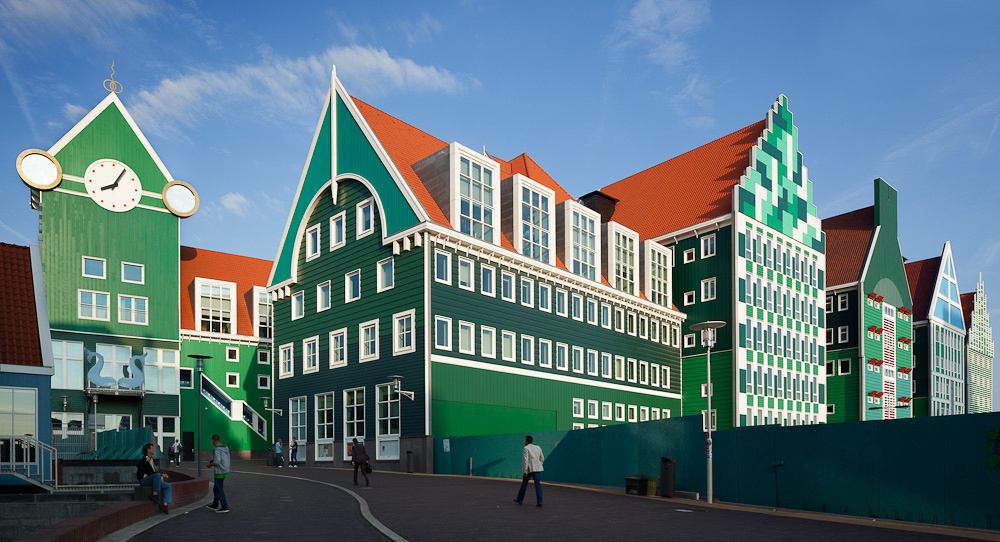 The hotel is part of a major redevelopment of the area, not yet complete, with a number of other new buildings also echoing the design themes of traditional Zaandam in a light-hearted, modern way.  The master plan for the area is by Sjoerd Soeters of Soeters Van Eldonk architects, who also designed the buildings in these photographs - the railway station, the city hall and council chamber, and a bus station. 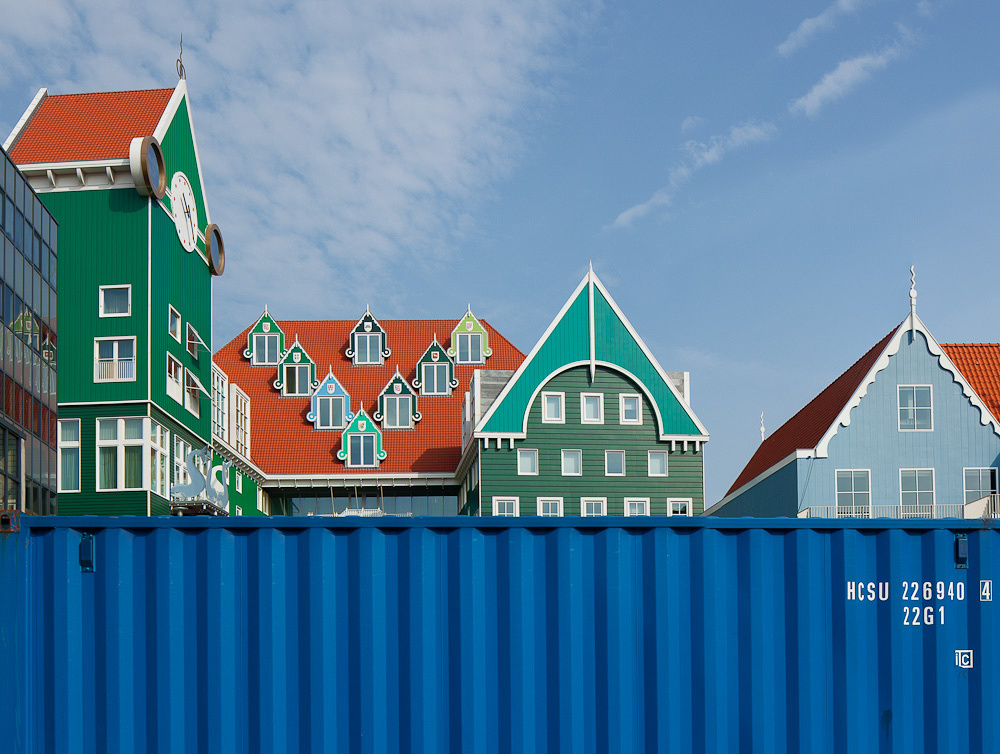 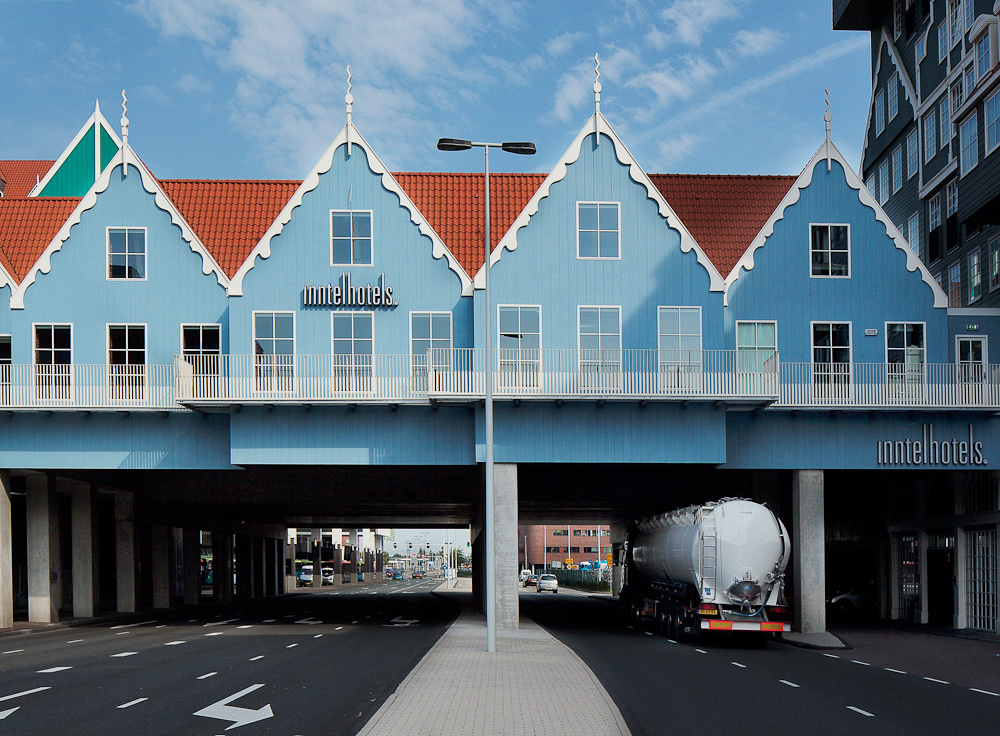 The hotel's conference centre and a pedestrian walkway (on the other side) straddle a major road to link the railway and bus stations to the hotel and the retail district of Zaandam.

Some of the traditional wooden house facades found in the Zaandam area. 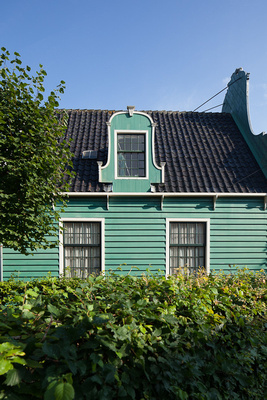 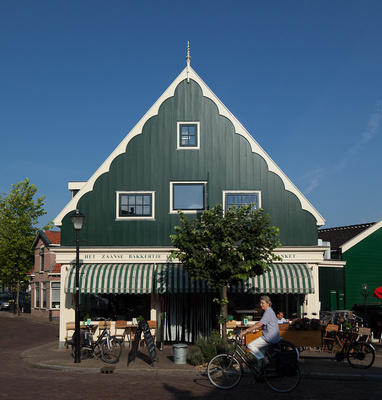 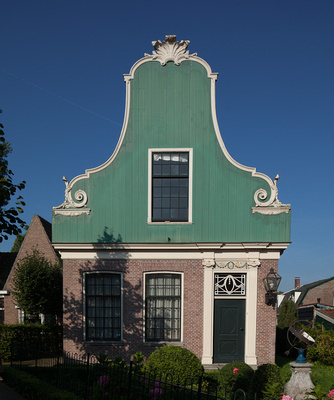 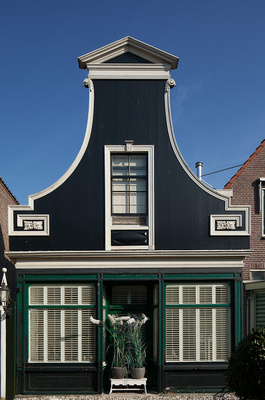 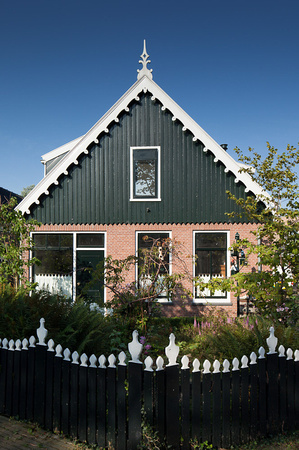 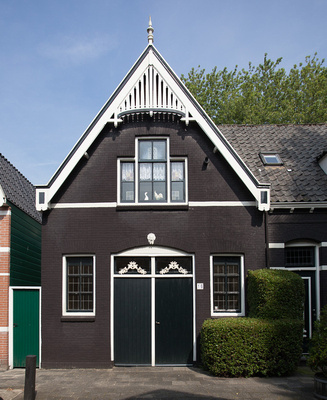